10th of August was the day I smashed two events out – and two absolutely cracking events. At 8:30am I headed along O’Farrell Street and met with the media rep from an event with more than just “an event”. 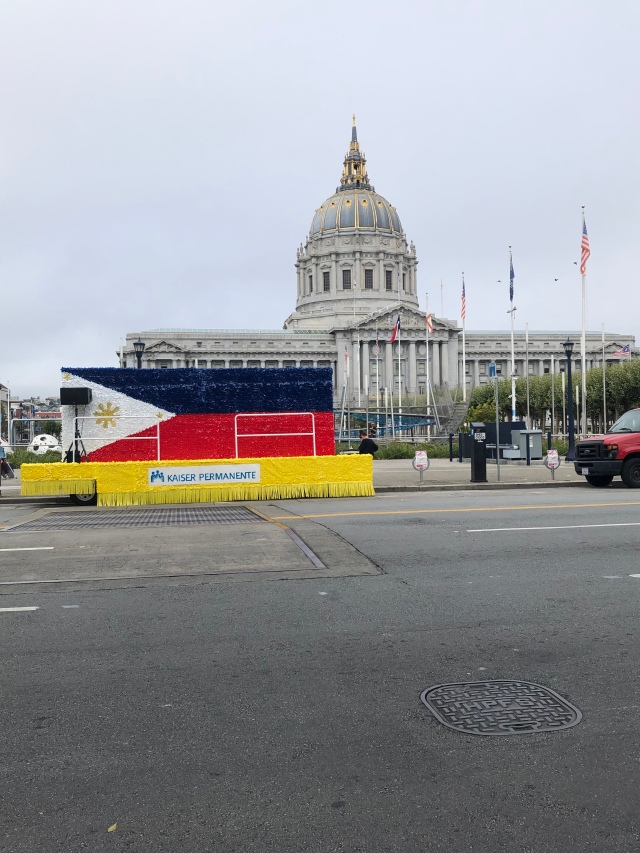 What: Pistahan Parade and Festival

Where: Streets of San Francisco

The start of the story… 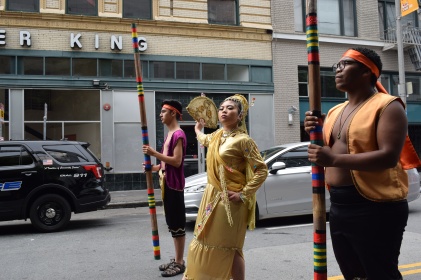 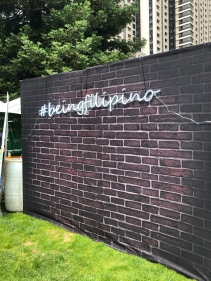 I arrived as costumes were being set, floats being created with decorations added on to cars as a slight buzzing was starting to tremble over the streets of San Fran. It was early as the families were dragging there kids, who were still rubbing there eyes and giving giant yawns as they were about to experience a weekend of celebration.

After a few emails I was introduced to Al and Max who were part of the team who deliver this festival. The main celebration is to celebrate Filipino Culture – but we will get to that later. San Francisco was still waking up as the operations began. Police arriving with traffic enforcement and more and more people coming from no were dressed ready to party. 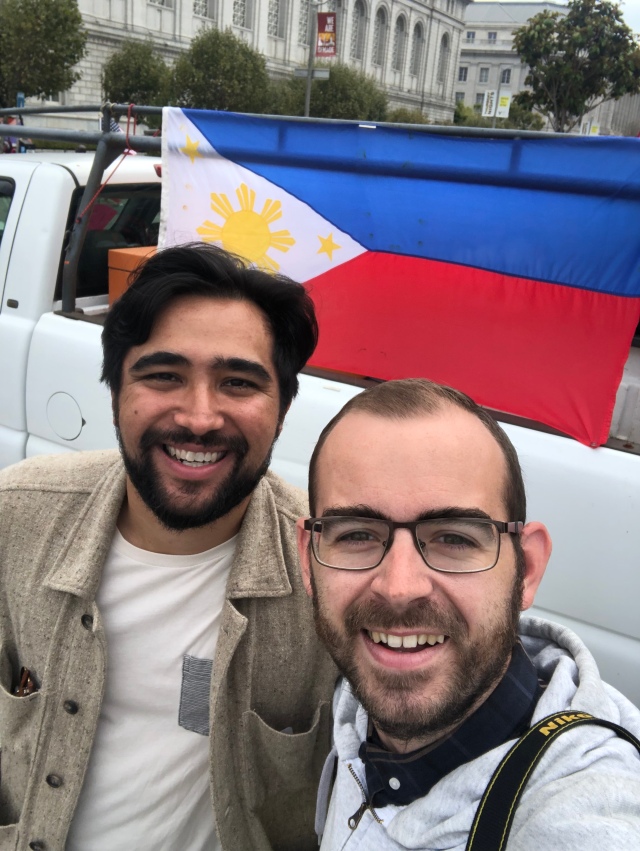 When a parade has the ability to close streets it does 2 things. First – car users beep non-stop and it causes chaos but secondly people passing by engage by enjoying what’s on in the display. This is what I observed when I was honoured to be welcomed to experience the parade. It’s not just a parade this weekend it’s welcoming everyone in San Francisco to explore Phillpino culture. Music, traditional dress and activation floats. We walked about 2km’s and the nearer we got to the festival the more of a party atmosphere there was.

At the beginning of the day the roads were closed but what was hilarious was a tour bus who was determined to ignore road closures and get a glimpse of the amazing energy coming from civic centre area with the music, dance and party. Also, I witnessed a real belonging and intergenerational approach to the event. It was the elders yes – but it was mainly young people bringing song and purpose – it was great. 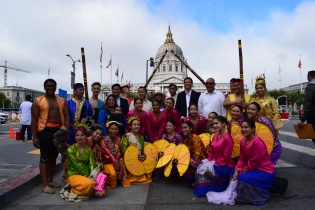 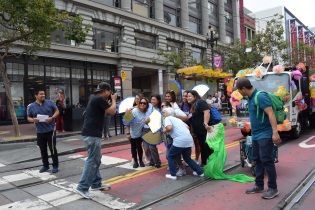 The Philippines flag on the side of a float really was more than a symbol – it was – “we are here…welcome to our community”. And it did so with an amazing energy as the time almost was upon us to walk through the streets of San Francisco on a Sunday morning. Before it began the MC introduced a number of “political faces” who ranged from city councillors, representatives from state senate and others who basically wanted – in my opinion – to be seen to support the world’s largest Philippines community outside of the Philippines – HUGEEEE FACT! But the reason is simply to be seen as a supporter and get their vote – welcome to politics. It’s the perfect public photograph for them – and although some may support the community and projects like this throughout the year did in my opinion seem to be perfect photo opportunity. After the speeches which for sure was never the priority of the event it was time to hear the drums, the music and the Philippine community to make the noise…oh and then the “politicians” to be in convertibles parade as part of the parade – with some of the cards sponsored by…ice cream companies, small stores in the area and so on.

I was shown around for some of the morning by Max who responsible for the PR and Media team who were all volunteers. He was half Phllippinian and half America. By the end of today it felt like we were great friends because of his welcoming energy and excitement for me to be part of the event. I loved questioning and challenging what he was saying about the event and throughout the day it was great insight into this more than complex event. 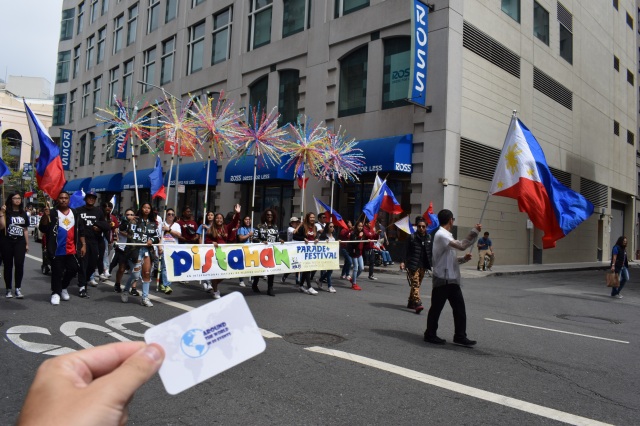 One thing that was very prestigious for this year was the Grand Marshall was the mayor of San Francisco. That’s a huge deal. She was central focus to the event and I was impressed she supported it as much as she did. Also, for the event this a huge positive note – showing that the city support and endorse the work the community does to San Fran – very impressed. 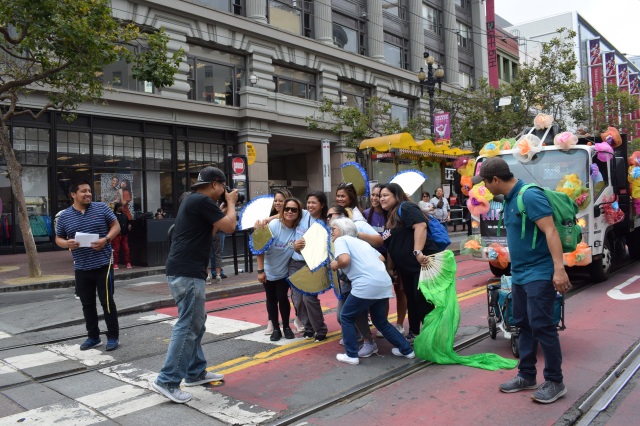 Well done to all involved. Although, my blog does not describe fireworks (although their was none) and an overview of an event that sounds it’s the best – believe me the event has so much heart and I got a glimpse into the beauty of the event.

Subculture of societies are important to celebrate – but ensure you get the balance of inclusion and celebrating the segment.