Women’s World Cup. #daretoinspire. The slogan of the world cup. This will be the focus of the blog. I was honoured to have the opportunity to experience Scotland VS Argentina in Paris. This blog won’t talk about the score but actually about the construction of the approach of Women’s World Cup.

A wave is coming and its more than exciting for Womens Football. However, I have not been or ever experienced womens sport in a live environment before. As part of my adventure I wanted to see if the Women’s World Cup would be popular and was bought into by fans in France and a global TV audience. I now sit in a stadium with 28,205 people creating an atmosphere I have not experienced before. The atmosphere and demographics were brilliant – it was mixed with those who travelled specifically for the event and those who had just turned up and purchased tickets. The football was incredible. The passion by both teams was amazing. And the fact it was my home nation made it even more special. 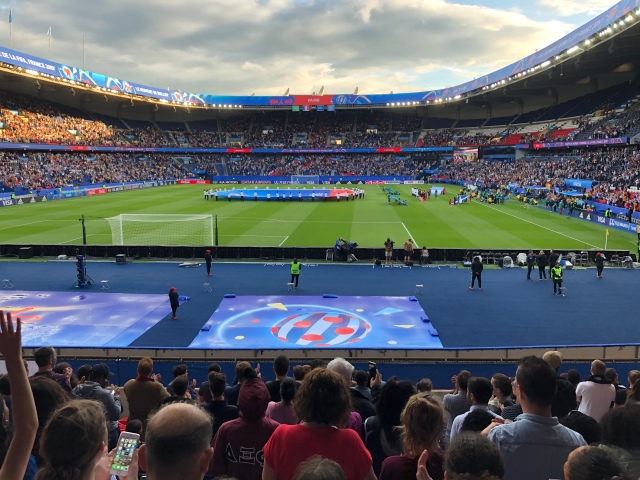 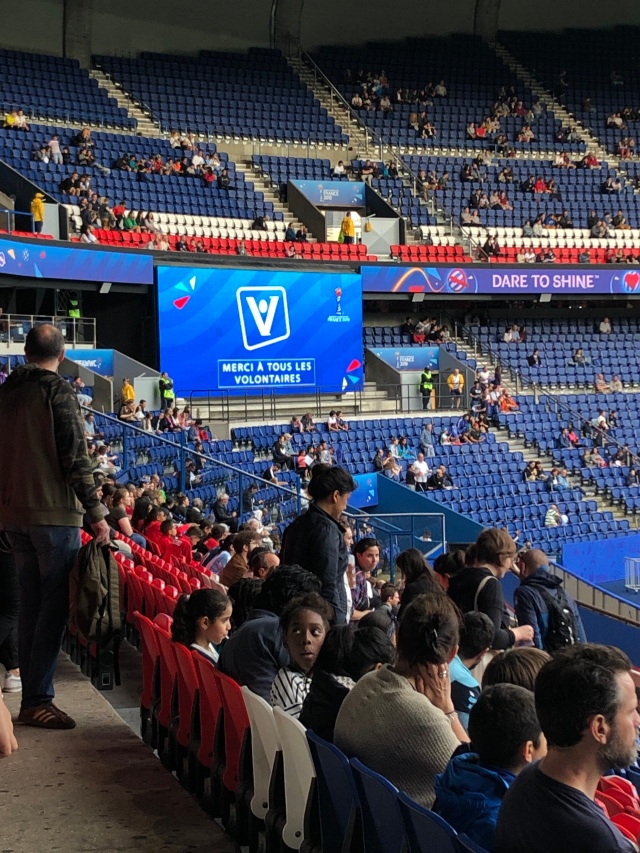 It did feel as though FIFA had put money into the signage but not put money into the customer journey. I was sitting since 4pm and the “Fan activation area” looked like it had thrown up quickly and the forgotten about piece of the jigsaw of creating the event. Qatar Airways had a Dome structure – which worked. Kia had a car with spectators kicking a ball in and then two “Sales type desks” stood with two flags to give out transferable tattoos. All of that above was a trend 5 years ago. As I have travelled around the world activations are all more emotionally activated. I unfortunately could not understand why FIFA had not thrown the same amount of money or even the sponsors had thrown money at positive activation experience – theres a lot of work to still get done there. 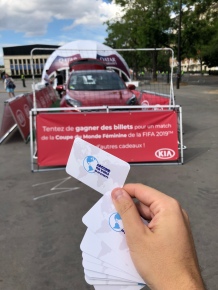 The security in the stadium were also quite laxicida – they seemed more bothered about there phones and dinner than they did the spectators near by who were completely lost. I also think it was the first time a lot of the security operational team – contractors – had worked in this type of environment – but when they are standing in an adidas tracksuit and they have a security bib over them while holding there sandwiches you know they missed the customer journey and security briefing – all in my opinion.

A poignant moment and the impact this tournament can have was actually not in the football pitch. When I was waiting on the ticket office to open to collect my tickets I was reminded with the good that can come from events and it’s nothing to do with sponsorship activations it’s the language of football and kindness. A young boy about six years old was kicking the ball back and forth to his father. Five minutes in a young girl ran over and stood in front of the boy. It was the signal of “pass me the ball” and “I want to play”. The father took a backseat and the two kicked the ball back and forth. Could this be the start of a story which ends with the boy and the girl one day lifting a world cup – you never know. The father sat on one concrete block and the mother of the young girl – again about 5/6 years old – sat on the other. This is what global events are about – the moments of inspiration for the future.

A simple engagement with the biggest story and the biggest “could they be…” If an event like this can communicate dreams and allow a kickabout outsidethe stadium it is possible for anything to be achieved.

Inside the stadium, the roar coming from groups of kids from a local school showed me that the event had created new fans and a new generation. I was talking to a few people next to me regarding the price point of the event. They highlighted if the tickets were say all 45 euros would they get 28,205 people for a match – probably not. So by pricing at 9 euros for one of the stands it was full. It allowed schools and community groups to fill the seats and inspire a dream to inspire a future generation.

FIFA have the opportunity to create a change by becoming an organisation that has a positive impact on society and not just known for what they have been in the future. I think they can create a wave of change and the Women’s World Cup this year – although jigsaw pieces were missing – there is certainly a lot been done to give a platform more than even.