A live zone for the Czech Republic vs Canada semi final and the next day Czech VS Russia for the third place spot. This event hopes not to skate on thin ice…so many jokes…

Live from Bratasivia at the Ice Hockey World Championships the live zone was open an hour before the match and closed at 9:45pm in Prague. Based in one of Prague’s Square next to the very famous Astrological Clock the event was free to enter and enjoy. 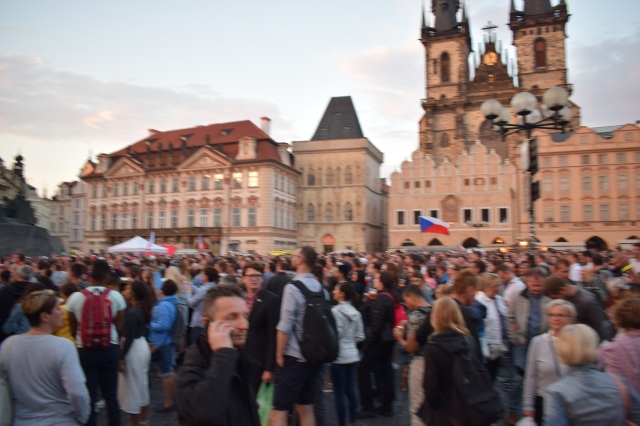 An illustration of patriotic behaviour was evident. Thousands were in attendance. I stumbled across the square by accident when going for the tram. What really astonished me was the volume of fans who had immersed themselves in red, white and blue – the colours of the Czech Republic. Lots of people wandered around with scarfs, flags and face stickers – but all fixed on one thing. The screen. The sport. It was positioned next to a small stage which was were the hype was created from. For the purpose of making this blog the most interesting piece go literature you have ever read I will focus on two different topics.

Everyone was oozing pride for there country. What does national identity mean? Well, although never fully been understood some suggestions are based around the pride a person has for the country they are part of. History plays a massive part into the how patriotic someone is. Sport can be a catalyst for the creation of national identity. And I saw it as this event. The way people were showing there national pride came from everything including clothing, clappers which were the flags the country, flags in the area, songs they were singing and the constant chants (apart from the music which Scooter and Queen singing….DAAAAAAAA OH). I loved it. I felt so part of it. I had no idea what was going on in the screen but really that wasn’t what was being celebrated here. It was about being Czech. 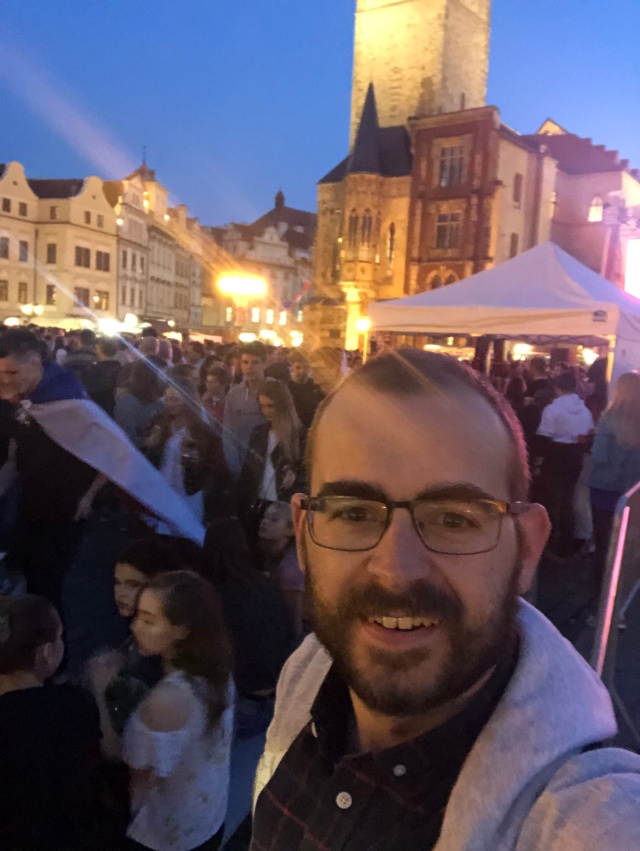 The city had created a space for people to, instead of sitting in their homes or bars, come out and be as one. By hosting it in the central of Prague could be translated as it was a chance to say to each other – we are in this together and this in our country and in the middle of our city shows our pride at the heart of everything we do.

What do I see when it came to event operations? Well, the whole thing was heavily policed. Fire engines and ambulances were also sitting in eye line of the screen sitting on top of their trucks. There was no trouble. Because simply at celebrations like this its about celebrating national identity and not about tarnishing it. Especially also because on every corner on every sightline was two police officers.

Who was there? Well it was everyone of all ages. A lot of families stood at the back while the hard elite front line fans flying the flags were pushed down to the front. Out of the outskirts were people who were not wearing any colours but could still put two face stickers on and were part of the event and the community. It was that easy. When Czech scored you would have thought they had won the championship. They didn’t. They lost in the semi final on the Saturday night and then on the Sunday they lost there match to Russia. So although defeated there was certainly a sense of pride towards the team and the country.

The fan experience included bars, food units and merchandise. And they were constantly busy. The alcohol was not ridiculous pricing everything was very reasonable considering it was a captive audience. No one wanted to leave the sight of the screen. 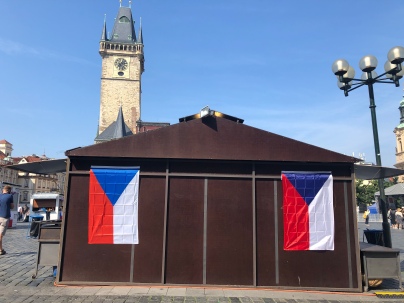 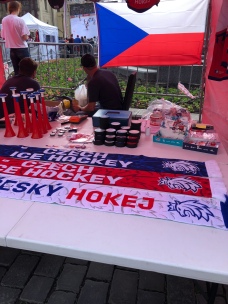 In Slovakia the final standings were Finland winning the overall Championship beating Canada in a thrilling final. Russia won the Bronze and Czech Republic came 4th. 16 teams took place in this years championships which were 16 days long – although I wasn’t there it felt like I was there through a screen in a square…

A celebration that is about national pride in this country was not about politics (even although the EU elections were on this weekend). It was about the colours, the pride and the feeling of what it is to be Czech. As one.