Event 37: Prague Fringe…the arts with the beauty of Prague – perfect

On its 18th year the Prague Fringe has became an established arts festival with a growing following and a growing array of performers. For one night only (due to so many things being on in Prague) I enjoyed, experienced and observed such an amazing fringe. Welcome – to the start of a blog which I have not just enjoyed writing but I have enjoyed learning for. 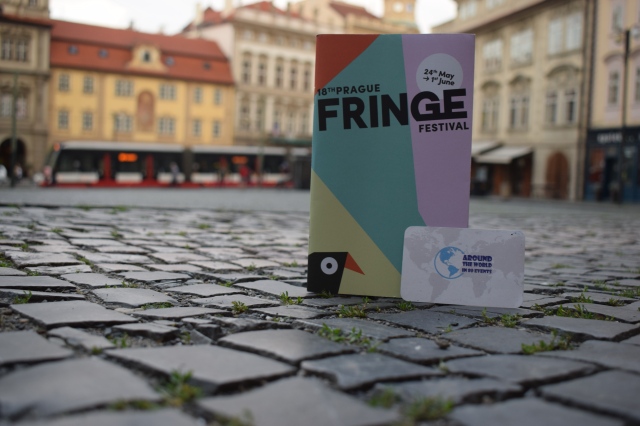 “How to make friends in Hollywood” in the Golden Hotel Key was where the location for the performance was going to be held. The show featured one actress from England and it was also written by a gentleman again from England. There careers for sure are going places – both are still at university and I know this because I bumped into them post the event. So well done once again – watch it for them certainly for the future. The event was at 7pm and on a lovely Saturday Prague evening was in a beautiful part of Prague.

Well, it was all English speaking and while I waited in the foyer of a hotel it was such a Fringe kind of welcome. At the entrance there was a relaxed sense of engagement. Leaflets of different colors and sizes. It was down the basement of a hotel then down again. For anyone who didn’t like small spaces – no good. But for anyone that liked a different place to explore – this is perfect. 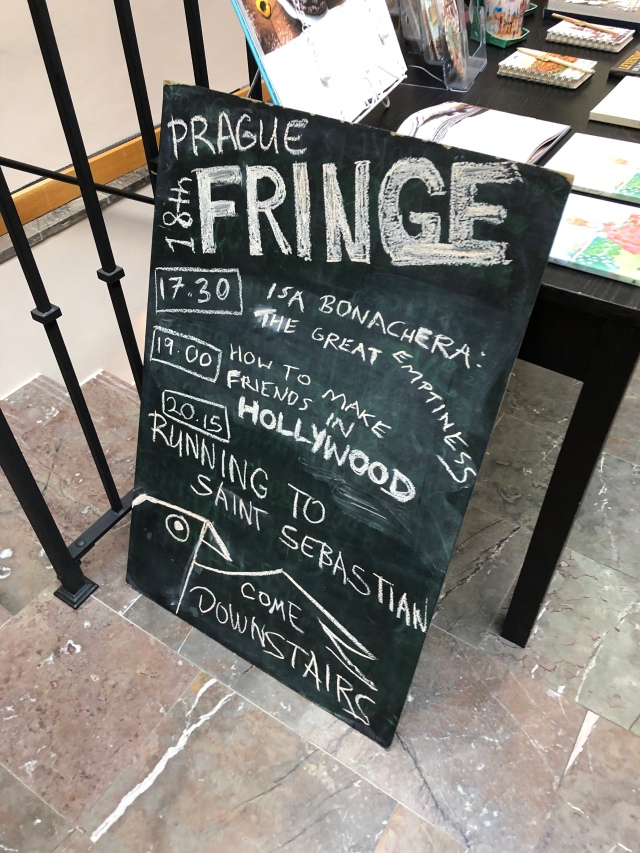 In 2019 performers came from all over the world. I was fortunate to catch one show as part of the Fringe which was “How to make friends in Hollywood?” The story was great. The performance was brilliant. It was so fringe. From the 24th of May until the 1st of June the event brings the arts alive to Prague. It brings opportunities to performers. It allows arts to be featured into the Prague community. One thing I was very surprised about was the majority of tickets were priced approx. £6. I was a bit taken a back by that. I mean that’s probably a blog post or a research piece in itself. Does it devalue the product being consumed? Does it make it more accessible for those who might not afford? And so on… 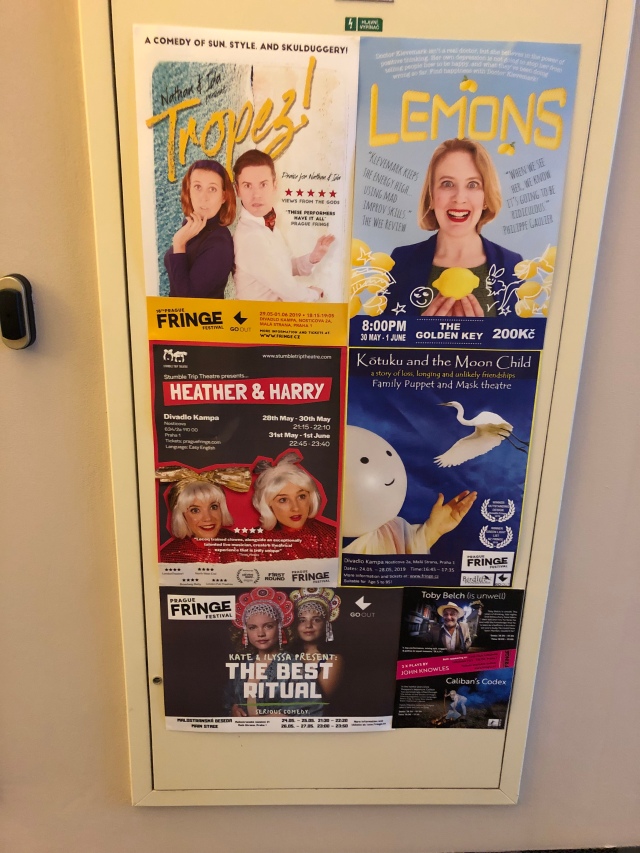 The brochures were thick with creative productions. I was actually thrilled to be able to tell the world about Prague Fringe, experience it and include it as part of Around the World in 80 Events. For sure, this isn’t Edinburgh or Adelaide scale but it’s got such a nice feeling to it. It’s not about leaflets being thrown into your face or over powering marketing. It’s subtle in the construction. The colours are even quite subtle with a mixture of pastel colours.

Discovering talent is exactly what fringes do. Lin Manuel Miranda has been quoted and seen handing out flyers prior to the success of Hamilton trying to get people to watch his show at the Edinburgh Fringe. Some performers start their career in fringes globally. This why the Prague Fringe in its 18th year is building – it has momentum. To give you a few more examples in 1972 the famous Billy Connolly performed during the Edinburgh Fringe. Even Stephen Fry was once on the stages of the Fringe and even the much loved Robin Williams. Fringes are important to the progression of the arts industry. Yes some shows are painful to watch at Fringes. But some shows are the platform a performer needs to make mistakes and create opportunities.

Prague has an international audience already arriving from all over Europe due to how easy it is to get to. However, a report in 2005 (although old data the results and discussion are still relevant) stated people were not coming to Prague for a cultural arts festival as such. Stag Dos, Hen Dos and being an overall cheap destination is exactly why people come to Prague. However, there is and can be opportunities for breaking through that. Its about creating “networks of appeal”. Its about creating a network globally that talks, educates and brings people to Prague with the intent of enjoying the Prague Fringe. Although noted it is niche markets that enjoy arts festivals – the festival can still be niche but be a destination. 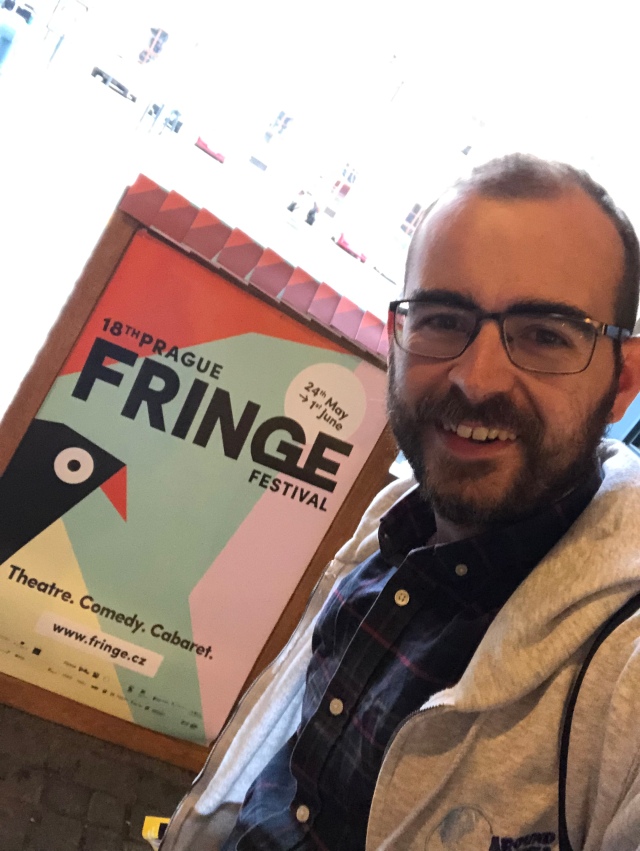 Yes this event will never attract thousands and thousands through airports – but when people are here to see the beauty of Prague it can also be boosted by the collection of arts around the city. The Prague Fringe was beautiful.

Prague Fringe has been a struggle for organisers to develop – but its paying off for sure. Its developed a stage that can now allow an audience to enjoy performances that may not have not been enjoyed before…