Event 33: Dresden Music Festival…WOW – Just a snapshot of my experience

“Crescendos raise the hairs off of my arms”. 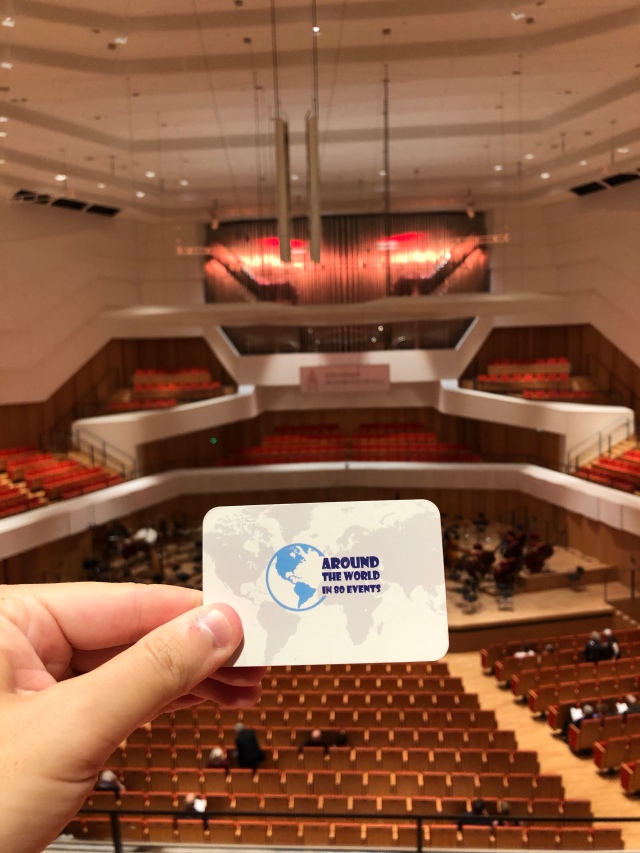 Ever felt as though you are unable to describe what you witnessed. That was my initial thought when I opened the lid on my laptop and started to write about Dresden Music Festival. I try to comprehend my three days and my conclusion was…it was breathtaking.

Dresden Music Festival began on the 16th of May and lasts until the 10th of June. This annual festival was in Dresden and featured over 1500 international artists in over 22 venues.

Dresden Music Festival was one of the first events in Europe I saw on the “what’s on in Germany” pages in early June 2018. I immediately thought that looks interesting. Contacting them I got an enthusiastic response. For 10 months I was in touch with Nicole who was an absolute gem and allowed me amazing access during the festival that gave me a deeper understanding of this festival.

Over three days I saw three concerts, experienced the constructed consumer journey and interviewed the artistic director. An event like this is based around history of delivering a music festival but the future is more than that. Let me first describe and explain what I witnessed and felt as I sat in a beautiful venue and heard music, which I can only explain as hair-raising, astonishing and thrilling – all in only 4 bars. 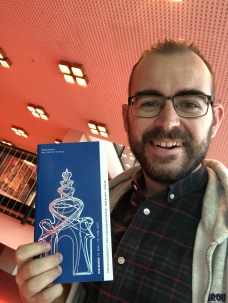 On the opening night I knew I had to dress up. In early afternoon I purchased a very classy and beautiful addition to my travelling luggage – a flamingo tie. Yes I was going to be sitting in an orchestra performance with a flamingo tie, no clue what to expect and with a few hundred people who were season professionals. The first night, being the opening ceremony, I was fully aware I probably would not appreciate certain elements going on. These included the conductor leaving the stage four times at the end and coming back on each time for a continuous round of applause. Or even better the audience not applauding when the orchestra had finished a piece of music and had evidently stopped. However, I believe this was a movement. After three movements the crowd erupted with “Bravo” being exclaimed through the chamber of the theatre. I jumped inside as it became (but not completely alike) to the away section of a football team who had just win the English Premier League. 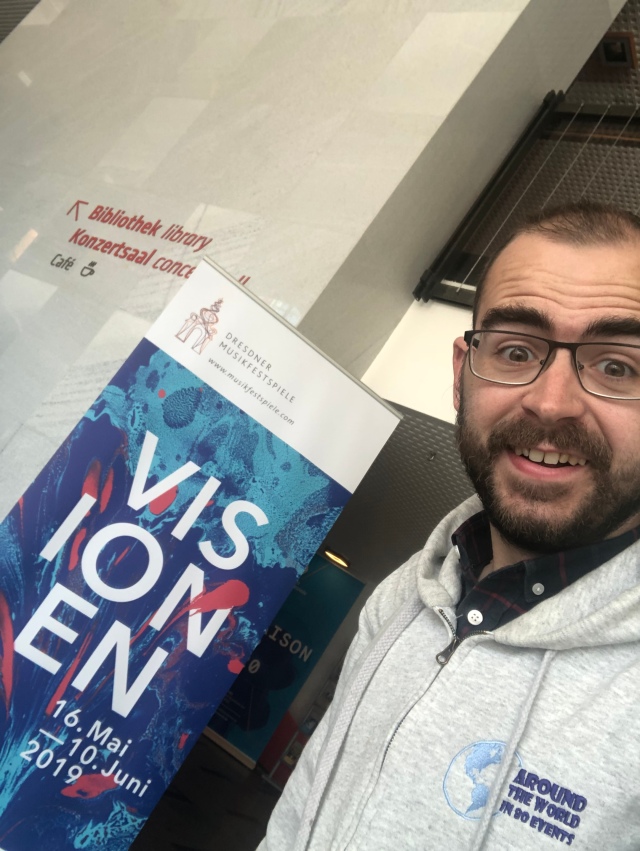 I wanted to understand the physics of the event. From all of the audience cloaking their jackets, everyone having a programme, which they read throughout the performances, no emotions. There was no clap along. There was no interaction with each other. It was static satisfaction. It was all a different world. Classical performances have a certain audience. But the festival wants to move forward with broadening to a new generation of music lovers. This years’ festival has a mixture of diverse shows including a classical beats with a 20 piece jazz big band and also the legendary Eric Clapton.

I was honoured to have a chance to speak to the extremely busy Artistic Director of the event Jan Vogler. Nicole secured 5 minutes for me to gain as much creative insight and I was blown away with the vision he had. He really loves to see the satisfaction and the happiness that audiences have after each performance – which as the artistic director is exactly the correct answer. If the leader of the event is interested to watch the audience he is going to lead the event into a new dimension of success.

At my third concert I witness a story that was sweet, beautiful and a rare sighting in my three nights at the festival. I witnessed a young people must have been about 17/18. They had dressed appropriately for the orchestra. The young lad was obviously completely out of place but being a gentleman holding the door to everyone who was strolling through until his girlfriend pulled him away. They sat near myself and throughout the performance the girl snuggled in while listening to what can only be described as beautiful, emotionally evoking and passionate performances by the orchestras. I loved the fact that the festival was a platform for them to come together and enjoy an evening, which normally would most likely exclude them as such. But this festival is breaking barriers and boundaries. The story of two young loved ones should be an education tool to other festivals to branch out from the regulars who attend. They are the future of the festival but also the marketing tools to get more young people involved in the love for classical music.

I have never been to a classical concert before but here is what I thought of being part and appreciating Dresden Music Festival. This event has created a story that is centered with love. The festival has a future, which has a global outlook. By taking the festival on tour would be a positive move to grow the event but also to say “come to Dresden” (which anyone who can go to Dresden really should). The motto for the event was “Visions”. Visions is about the story that that music can tell. And for me – a story like no other was told and experienced.

Discussion about the status of classical music with race, the audience demographics, the outside approach to engaging with classical music audiences, venue operations especially the cloakroom operation and other points could have been had. But they will be the feature in the book next year. Overall the festival is doing a lot to explore and add value to the classical scene.

Some music festivals can only be about the music but others can be the power of engagement, attraction, education and sustainable vision for the future. Dresden Music Festival – stand up and keep doing what your doing. Make the world know the best classical festival is in Dresden.