A collection of market stalls – local produce who together create, in my opinion, an opportunity to collectively give people choice and something that is part of “alternative shopping habits”. German markets are historically famous worldwide and date back to the 14th century.

This event was the German Spring Market in Dresden and it was finishing the weekend I was there. 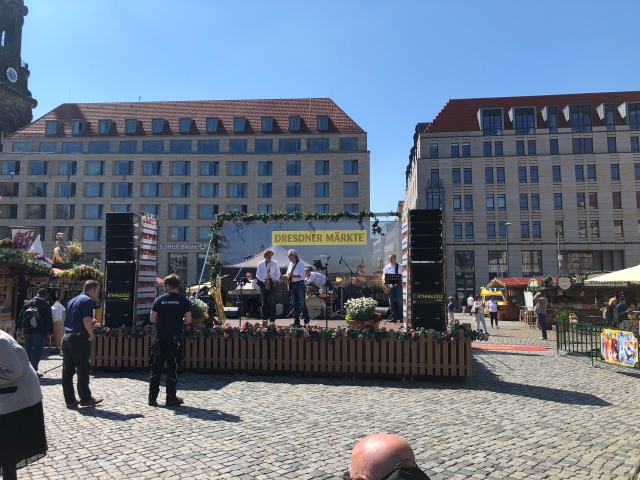 For 6 weeks over spring one of Dresdens beautiful squares came alive with an organised market. Over 40 stalls, rides and a music stage brought produce choice to this tranquil area and brought it alive. This town is actually one of the most famous cities and towns when it comes to German Markets. Dresden’s German Christmas Market dates back to 15th century and is a destination for many people who want to experience and tick off there bucket list an authentic German market. However, this town is about trying to grow a demand around the spring season and attract more people to Dresden hence why the introduction of Spring Festival.

The programme, which is pictured below, has a large amount of central performances which means this market was not just about buying but actually the lay on of free entertainment. This is a draw for a lot of people when it comes to events – what is the extra add one that will make the event enjoyable and memorable but also what’s going to capture people. 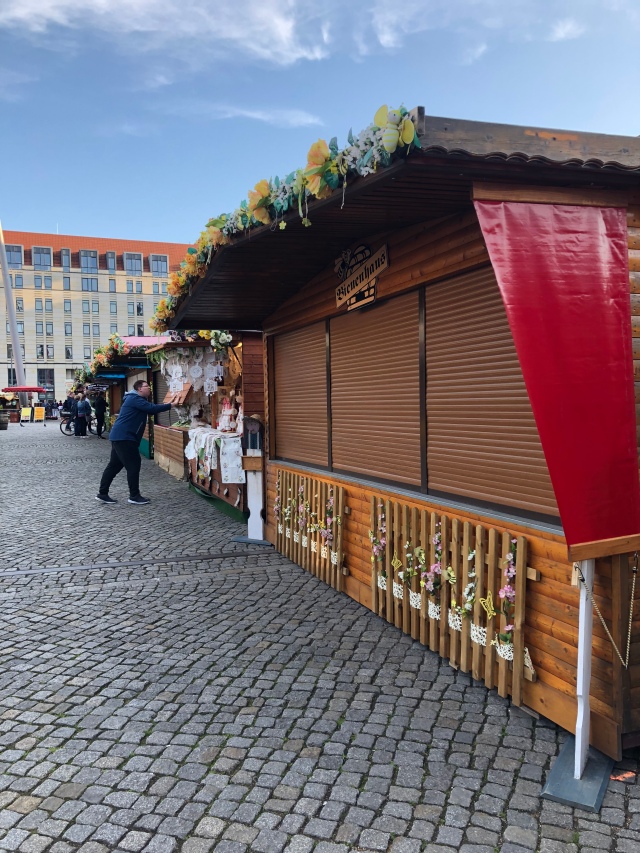 All of the stalls had an “authentic” look to them. Some where just white pop up marquees but most of the others had a “log cabin” feel. The bars all had picnic fencing around them with flowers decorated to give that spring feeling. There was even a photo opportunity with bunnies and some other characters we associate with spring time.

I went to the market over a three day period and sat at times across the road just watching. The habits of those that go to the market is not actually to buy. It’s to look. It’s to see what’s on offer. It’s about browsing and not committing. It’s about using the market as a meandering opportunity rather than to consume something. Most times I saw no one buying any of clothing, paper decorations, leather goods on offer. It was mainly the quick buy items that could be consumed quickly or sitting down such as food and drink. No one was carrying bags as such from the event but more eating a sausage and drinking a beer.

One thing I would say the market stalls weren’t doing was to create an engaging experience. Nothing was there to get someone who was “meandering” to then purchase anything. There was no real engagement. Now that’s easy for me to say and observe because I’m not sitting in a cabin for 9 hours each day when no one is coming to the stall. But I didn’t see anyone being welcome to a stall or anything along the lines of “how’s your day”…

However here is some “insight” into the broader picture of German Markets. Forbes reported in 2018 that German Markets, mainly Christmas, have an estimated €170 billion impact on the economy. This includes flights into the cities, hotels, restaurants, tourist activities and so on. The Christmas market economy is really an economy in itself.  Also, on the run up to Christmas an estimated €59 million of German Christmas products are sent abroad in (2016). This shows the demand there is globally but also the opportunity to widen the story of German markets. However, you don’t want too many cities to have a successful German Market just incase people decide not to attend the authentic and real thing.

On 18th May the Saturday morning at noon a live band where tuning up. People were standing watching. Those that meandered in to the well laid out market had nowhere else to go. So they didn’t mind standing. Watching. Listening. The social element of markets allow people to carry on with conversations with friends and not be distracted by the event. There is not much concentration needed but in terms of distraction techniques by the market stalls they need to capture the imagination and mind of the consumer. Events need to disrupt rather than just be an excuse for people to go and chat with friends. 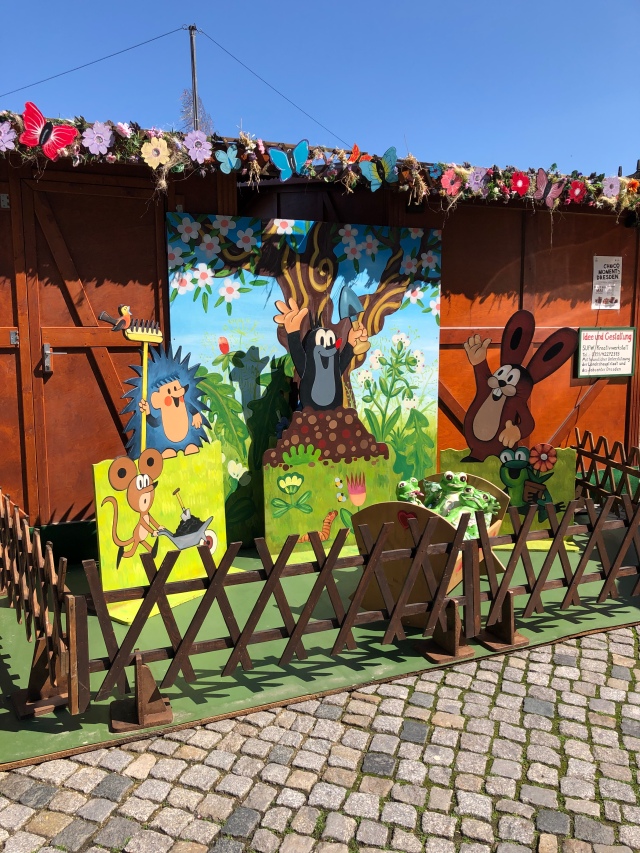 Markets is something that everyone just thinks happens. But timing, logistics, product consumption and so on takes a lot of thought to get it right and to ensure people are going to buy.