This is that type of event that I just need to be in the right place at the right time. The opening of Christchurch Town Hall is exactly one of those events. I managed to capture the moment after a lot of hard work the town hall was reopened to the community. 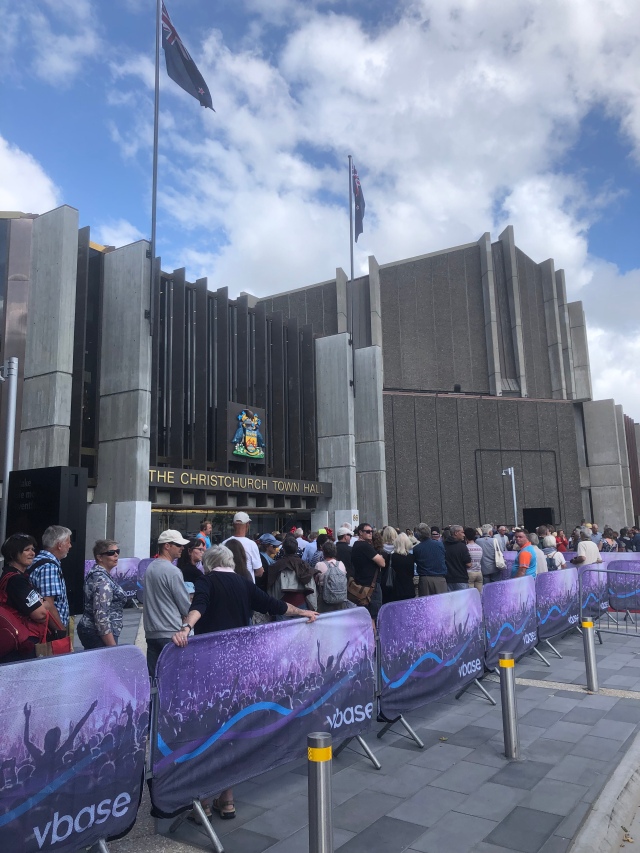 The opening Christchurch Town Hall on the 23rd of February 2019. An emotional occasion but one that was an honour to attend.

In 2011 post the Earthquake there was no town hall. There was no central place for those from Christchurch, which a town hall brings. It allows people to come and see concerts and have identity. The mayor on Saturday the 23rd of February opened the Town Hall after a massive financial appeal and decision to ensure this building was restored.

At the event it was actually quite emotional in a way. One of the opening lines was – “this is a dream come true”…what that showed for me when I stood observing during the opening ceremony was a community spearheading forward to ensure togetherness and advancing forward with the city development. The original opening was in the early 1970s with the original documentation 300 pages – because no computers were invented (outrageous…)

When I walked up I wanted to really just stand and watch. Watch something special. The ceremony and cutting of the ribbon was one of those events that I will never encounter again. I will never experience it again in Christchurch on an annual basis – which made it pretty special. It’s not a regular events – it’s a one off with a purpose and opportunity to celebrate the beginning of the new adventure.

The red ribbon hung in front showing that soon as soon as it was cut the community and the world was welcomed to be part of the future of Christchurch. Speeches were part of the celebration but actually I was not too bothered on that. I wanted to see and experience the emotion from the people queueing to go in. They were eager to see exactly what was developed. What was there city facilities like – but also to say they were the first to enter somewhere with purpose and determination to succeed.

Families, older people, students and so on stood waiting in the hot Christchurch sun. It was amazing to see what an opening really meant and for me – to be part was special. They all captured on there phones the moment the ribbon was cut – because that was a big moment. 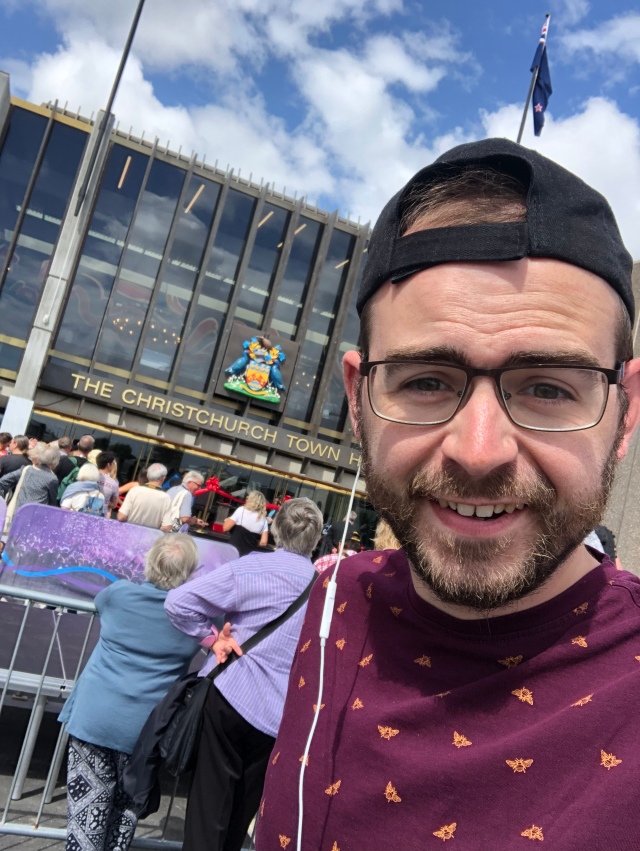 Anything else to add?

It was no big spectacle but it was special. It was a unique event. Local press reported on the platform to show Christchurch is opening slowly but surely.

I fully believe all the facilities being built will put Christchurch on a global stage. It will compete with Auckland, Tokyo, Paris…crazy? No – I am realistic. If it can do what it has done in 8 years it can go wherever it wants. I believe place marketing is special and Christchurch need to get that place right to succeed – but they will.

The ribbon being cut was not just cut to open hall – it opened a new part of the city to be a destination and it was an honour to witness.

Christchurch has been amazing. I have loved each day. I honestly would move here because I feel the events industry will take off. I fully believe the events industry is something that can bring more than any other industry to a country and city – economically, socially, culturally and more…And this is certainly that place. 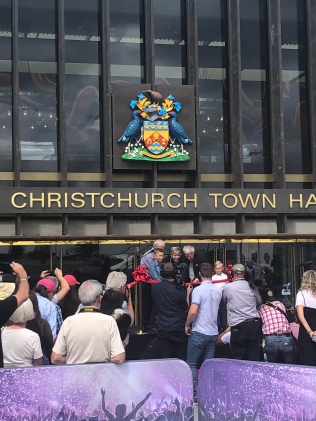 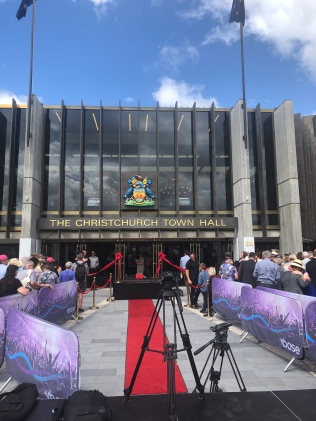 Those that experienced the event were not just there to see a Town Hall it was to see the progression of Christchurch. Don’t ever look back – the future is for sure more than just bright…